I’ve been digesting and expanding on an interesting white paper authored by the Microsoft Azure Incubation team titled: Building the Internet of Things – Early learnings from architecting solutions focused on predictive maintenance. I agree with the premise tha ubiquity in connection technology will be the key enabler and that predictive maintenance will probably be required to instantiate a true global ubiquitous connection state.  Recently MS is changing their terminology from Internet of Things to Internet of Everything (IoE).  Here I use them interchangeably A key technical enabler of the Internet of Things (IoT) is ubiquitous connectivity. A week or so ago I blogged about a new technology called Active Steering(TM) which should be the winner in patented connectivity hardware/Software/Firmware for antenna products.

Just imagine that the antenna on your device was constantly sampling the wireless signals around your location and finding the strongest source and directing the focus of the antenna to that source.  That is what an Active Steering antenna does on your phone, tablet or PC.   By using this technique the system is also performing predictive maintenance on the connectivity configuration for your specific device and location. Let’s first look at the Open Systems Interconnection (OSI) model. Even though the Internet model uses a simplified abstraction, the models in the previous figure and the associated well-known logical protocols are comparable.

Application-layer protocols are not concerned with the lower-level layers in the stack other than being aware of the key attributes of those layers, such as IP addresses and ports. The right side of the figure shows the logical protocol breakdown transposed over the OSI model and the TCP/IP model.

Special-purpose devices differ not only in the depth of their relationship with back-end services, but in the interaction patterns of these services when compared to information-centric devices because of their role as peripherals. They are not the origin of command-and-control gestures; instead, they typically contribute information to decisions, and receive commands as a result of decisions. The decision-maker does not interface with them locally, and the device acts as an immediate proxy; the decision-maker is remotely connected and might be a machine. We usually classify interaction patterns for special-purpose devices into the four categories indicated in the following figure. 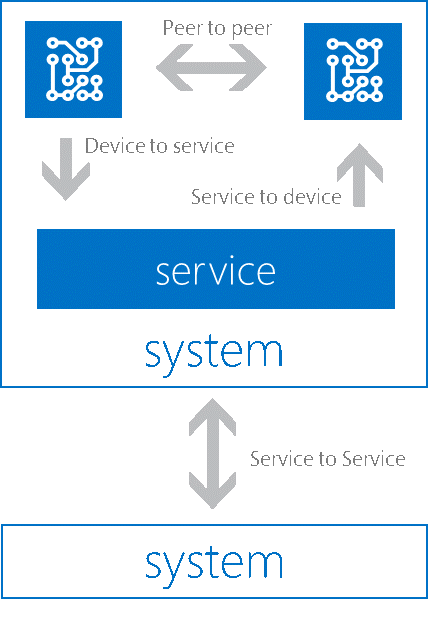 All of these models need uninterrupted connectivity to enable the ultimate user experience that Windows 10 could offer with the addition of Active Steering Technologies at the Platform level.

Did you know that Crest Toothpaste, Folgers Coffee, Bounce Fabric Softener and Safeguard Soap were all created by an African-American Man? When knowledgable people speak about him most of the audiences have never heard of him and were amazed by his story.

Dr. Herbert Smitherman was a pioneering executive and professional chemist at Proctor & Gamble who led the way for other African-Americans at the prestigious company in the 1960s. He was the first black person with a doctorate hired at Proctor & Gamble.

With a Ph.D in physical organic chemistry, Dr. Smitherman developed a number of incredibly popular patents, including Crest toothpaste, Safeguard soap, Bounce fabric softeners, Biz, Folgers Coffee and Crush soda, to name a few. Not only are they still on the shelves, but many of them are on display at the Cincinnati Museum Center in the featured exhibit, “America I AM: The African-American Imprint.”

Nicknamed the “Jackie Robinson of Proctor & Gamble,” Dr. Smitherman spent 29 years there before turning in his lab coat to work as a professor at Wilberforce University. But after serving at the historically black college, Smitherman turned his attention to starting a high school called the Western Hills Design Technology School to help black students perform better in math and science.

A child of the south, Dr. Smitherman’s family lived in Birmingham, Alabama, where his father served as a reverend. A young Smitherman would see his father’s church burn down twice during their push for voting registration and voting rights.