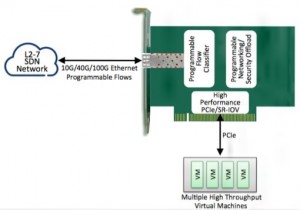 As heterogeneous computing starts to grow, intelligent networking will be the facilitators of smart enterprise systems architecture. Basically hardware vendors are beginning to put intelligent silicon on network adaptors.  This provides the ability through deep packet inspection to realistically provide Network Function Virtualization (NFV) and true Software Defined Networks (SDN) as a part of hardware/software computing infrastructure.  This requires an intelligent NIC, Software Defined Networks (SDN) & Web Services/Cloud Servers must be engineered to “be aware” of the intelligence in the hardware so that software can make smart choices based on business logic context.

Now that Microsoft intends to buy Nokia and get into the handset market as a manufacturer rather than just an OS provider, what does this mean?  Here is Microsoft’s Rationale:http://www.microsoft.com/en-us/news/Press/2013/Sep13/StrategicRationale.aspx

Here is a copy of Ballmer’s internal email to all Microsoft employees:

We announced some exciting news today: We have entered into an agreement to purchase Nokia’s Devices & Services business, which includes their smartphone and mobile phone businesses, their award-winning design team, manufacturing and assembly facilities around the world, and teams devoted to operations, sales, marketing and support.

For Microsoft, this is a bold step into the future and the next big phase of the transformation we announced on July 11.

We are very excited about the proposal to bring the best mobile device efforts of Microsoft and Nokia together. Our Windows Phone partnership over the past two and half years has yielded incredible work – the stunning Lumia 1020 is a great example. Our partnership has also yielded incredible growth. In fact, Nokia Windows Phones are the fastest-growing phones in the smartphone market.

Now is the time to build on this momentum and accelerate our share and profits in phones. Clearly, greater success with phones will strengthen the overall opportunity for us and our partners to deliver on our strategy to create a family of devices and services for individuals and businesses that empower people around the globe at home, at work and on the go, for the activities they value most.

We have laid out Microsoft’s strategic rationale for this transaction in a presentation that I encourage you to read.

This is a smart acquisition for Microsoft, and a good deal for both companies. We are receiving incredible talent, technology and IP. We’ve all seen the amazing work that Nokia and Microsoft have done together.

Given our long partnership with Nokia and the many key Nokia leaders that are joining Microsoft, we expect a smooth transition and great execution.

As is always the case with an acquisition, the first priority is to keep driving through close, which we expect in the first quarter of 2014, following approval by Nokia’s shareholders, regulatory approvals, and other closing conditions.

But I also know people will have some questions about what happens post-close. While details aren’t final, here is what we know, and how we’re generally approaching integration:

While today’s announcement is big news, we have to stay heavily focused on running the current business. We have a huge fall and holiday season ahead of us, so we need to execute flawlessly and continue to drive our business forward. I have no doubt we will.

When we look at the history of the PC industry, we see that while Moore’s Law is fantastic, it is always outpaced by consumer demand. Market expanding software solutions can be developed faster than hardware solutions to develop but are frequently performance constrained by the limits of running on general purpose processors. Eventually IHVs see a large enough market and have time for development of custom silicon to parallelize the process. This lag time between when the problem is first noticed and when it’s solved in silicon can be referred to as the “Wilson Gap” aphras coined by some Microsoft employees who worked with me and quoted my assessment as “Information consumer appetite/demand will always outpace CPU capability” which I stated in a meeting regarding complex computational transforms.

By doing a simple analysis of this “Wilson Gap” over a series of technologies we can see some very interesting patterns:

*Note: This illustration is based on 2011 estimates

The vertical axis represents the number of years a particular technology was on the market in software-only form before it was introduced in silicon as an ASIC (Application Specific Integrated Circuits). Based on this data I would like to postulate that companies like Microsoft & Google have direct bearing on these figures, and that in many cases they can significantly reduce the Wilson Gap. But first, let’s review the situation a little further.

How the SW Industry Fights the Wilson Gap

While the flexibility general purpose CPU offers imaginative engineers the ultimate design surface, it likewise has the inherent limitation that code must be reduced to a lowest common denominator, that being the CPU instruction set. Time and again, this limitation has caused a Wilson Gap in what consumers want and what the PC platform is able to inherently deliver.

As the previous graph illustrates, the Wilson Gap was a limiting factor in the potential market for specific technologies, when the CPU was not fast enough for the consumer demand of floating point operations. Likewise, at various times throughout PC history, the CPU has not kept up with demand for:

When Moore’s Law is too slow we traditionally rely on ASICs to fill the Wilson Gap. In all of the examples above (Math Coprocessor, DSP, 3D, 3DES, RSA, MPG, etc…) we now have fairly low-cost ASICs that can solve the performance issue. Total time to solution and time to money are far too long for current industry economic conditions. These (ASIC) processors will typically accelerate a task, off-load a task or perform some combination of the two. But for the remainder of this paper we’ll use the term “accelerate” to include acceleration that encompasses CPU off-loading.

The Downside to ASIC Solutions

Unfortunately ASICs are inherently slow to market and are a very risky business proposition. For example, the typical ASIC takes 8 to 12 months to design, engineer and manufacture. Thus their target technologies must be under extremely high market demand before companies will make the bet and begin the technology development and manufacturing process. As a result, ASICs will always be well behind the curve of information consumer requirements served by cutting edge software.

Another difficulty faced in this market is that ASIC or Silicon Gate development is very complex, requiring knowledge of VHDL or Verilog. The efficient engineering of silicon gate-oriented solutions requires precision in defining the problem space and architecting the hardware solution. Both of these precise processes take a long time.

A newer approach to reducing the Wilson Gap that is gaining popularity is the use of Field Programmable Gate Arrays (or FPGAs). FPGAs provide an interim solution between ASICs and software running on a general purpose CPU. They allow developers to realign the silicon gates on a chip and achieve performance benefits on par with ASICs, while at the same time allowing the chip to be reconfigured with updated code or a completely different algorithm. Modern development tools are also coming on line that reduce the complexity of programming these chips by adding parallel extensions to the C language, and then compiling C code directly to Gate patterns. One of the most popular examples of this is Handel-C (out of Cambridge).

The Downside to FPGA Solutions

Typically FPGAs are 50% to 70% of the speed of an identical ASIC solution. However, FPGAs are more typically geared to parallelize algorithms and are configurable so as to received updates, and leverage a shorter development cycle (http://www.xilinx.com/products/virtex/asic/methodology.htm). These factors combine to extend the lifespan of a given FPGA-based solution further than an ASIC solution.

Looking at the market for hardware accelerators over the past 20 years we see a repeating pattern of:

Next the technology typically takes one of two paths:

Now let’s examine two well known examples in the Windows space where the Wilson Gap has been clearly identified and hardware vendors are in the development cycle of building ASIC solutions to accelerate our bottlenecks.

Our first example is in Windows Media 9 Decoding; ASIC hardware is on its way thanks to companies such as ATI, NVIDIA and others. This will allow the playback of HD-resolution content such as the new Terminator 2 WM9 DVD on slower performance systems. Another example here is in TCP Offload Engines (TOE); which have recently arrived on the scene. Due to the extensibility of both the Windows’ Media and Networking stacks, both of these technologies are fairly straightforward to implement.

My Conclusion on Si Architecture Trends and thier ecosystem impact

Today’s Si companies must track the key trends in Si technology development, assembly test, Nanotechnology, Cooling, Emerging Research, Virtualization, acceleration and Si Complex Architectures to help drive their product teams in close collaboration with other Si vendors to keep the enterprise in a thought leadership position contemporary with the Silicon Industry along with consumer demands.

This blog is intended to document key technology trends and issues I feel will have a major impact betwen now and 2035. The following areas will be covered:

Enterprise IT Architecture
Applications Infrastructure as it relates to all of the above.